It is with deep sadness to announce the passing of Past FOP Lodge #4, President Bruce Joseph Pfarr, on March 4, 2019. He served the membership as President from April 1974- November 1974. In 1962, Bruce enrolled in the Baltimore County Police Academy and served as an officer and later a detective with the Baltimore County Police Department for 20 years. He was honored to be elected as President of Lodge 4 Fraternal Order of Police in 1974. 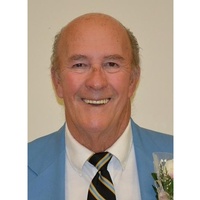 A Celebration of Life will be held at the Moosehaven Chapel on March 25, 2019 at 1 PM.
Memorials may be directed to Moose Charities, 155 S International Drive, Mooseheart, IL 60539
Obituary